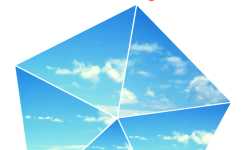 Yes! You read that right – but I bet you are asking yourself “what downtime”? Well, if you are like me, you struggle to find downtime, but I have found a way to sneak it into my busy life! So, picture this…….one day after school, the kids come home, have their typical snack and then everyone gets ready for their various activities. My son does Karate and my daughter is in musical theatre. We scheduled them so that I wasn’t going to be criss-crossing town on the same day for both children, BUT every once in a while things work … Continue reading → 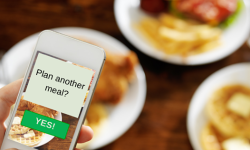 Are you a busy parent? Do you struggle to get meals on the table for your family?Is this YOU, trying to juggle meal planning and everything else on your “To-Do” list? Do you want an app that lets you organize your recipes AND skip the line at the grocery store? Answer 5 easy yes/no questions to help out Meal Garden create the BEST app they possibly can to help busy people. By filling out the questionnaire, you will get a 3 month membership to the complete app once it is finished. How many apps does it take to organize, shop, … Continue reading →

I have had so many conversations with parents of young children whose children are struggling to read and the parents cannot seem to find anything that motivates them. Perhaps this new reading program called iRead With for iPad users is exactly what these families need. “iRead With” books are interactive ebooks for early readers that encourage children to talk and interact with their parents while they learn. This wonderful concept actually brings parents and children together instead of simply throwing an electronic device at their child (which, yes, I am guilty of doing too!). iRead With is based on the … Continue reading →

Did you know that the movie The Nut Job is being released tomorrow? I have the perfect way to get your kids excited about seeing the movie! There is a Nut Job app! You can see the app in action here: STORY:The story features the characters voices and is quite long, which is good to captivate an older audience. There are no special effects or features other than the fact that as the words are read aloud, they are highlighted, which I love! The story, like the rest of the app is very easy to navigate with forward and backward … Continue reading →

Today, I have a new app to share with you called Next Issue Canada. It has been featured on CBC.ca and TECHVIBES. This app is a monthly subscription (as low as 9.99 per month) that allows you access to over 100 popular magazines all in one place.   If one of your 2014 goals is to reduce your paper clutter, this app is definitely for you. I love reading magazines, but I always feel like I need to keep them and I never know where to put them when I haven’t finished reading one. With Next Issue Canada, they stay … Continue reading →

I’ve just learned of a new, fun app called Vello App where you and a group of friends can get together, record mini messages in video form for a friend and have the Vello App put it all together for you and send it off to someone special to make their day or to give them a special greeting. It is quickly approaching the holidays when friends and family typically send each other holiday cards with messages of peace, love and happiness. I know what would make me very happy; to see some of my friends or family on a … Continue reading →

Recently, we had the opportunity to review iLearnWith Max & Ruby Science, a universal (that means “it works on tablets and phones”) iOS (that means “iPads and iPhones – and iPod touches – only) app aimed at teaching primary aged children about physical science through two different mini-games. The first game, called Water Blast, is designed to teach them about basic fluid mechanics (that’s fancy engineer speak for “the movement of water”), while the second, called Ball-a-Rama, is designed to help them learn about basic kinematics (that’s fancy engineer speak for “how stuff moves”). The games themselves are clearly explained … Continue reading →

The React Mobile app turns your iPhone or Android smartphone into a powerful and reliable security device and also allows users to report incidents and criminal activity while on the go. How the React Mobile App Works: With the simple push of a button an SOS alert with your GPS coordinates is sent to select emergency contacts via SMS/text message, email and an alert can also be posted to Facebook and Twitter, for those people who really want to reach as many people as possible quickly. After finding himself in a dangerous situation during college, founder of React Mobile, Rob … Continue reading →

This app for children aged 3-6 has been developed in order to help children become more active and aware of their own health and what better character to guide children through this app than Kids’ CBC star, “Bo on the Go”.When my daughter was 2.5 – 4, she LOVED watching the tv show Bo on the Go. I loved that it was one of the few television shows that actually got my daughter up and moving. Bo is such a lively, upbeat and great role model for young children and I am so excited to see her featured in an … Continue reading →

What is Kutoto? Kutoto is a location-based iPhone app that let’s you outsource your errands, tasks, and chores to trusted local people (“providers”). Kutoto can make your life easier! Here is how it works, it’s easy as 1-2-3: Post a request for tasks you need done. Chat with local providers to agree on a price. Pay your provider safely, right in the app. We live in such a fast paced world and it is often difficult to find the time to get certain jobs done. Perhaps you are new to your area and don’t have friends and neighbours you can … Continue reading →