Recently, we had the opportunity to review iLearnWith Max & Ruby Science, a universal (that means “it works on tablets and phones”) iOS (that means “iPads and iPhones – and iPod touches – only) app aimed at teaching primary aged children about physical science through two different mini-games. The first game, called Water Blast, is designed to teach them about basic fluid mechanics (that’s fancy engineer speak for “the movement of water”), while the second, called Ball-a-Rama, is designed to help them learn about basic kinematics (that’s fancy engineer speak for “how stuff moves”). 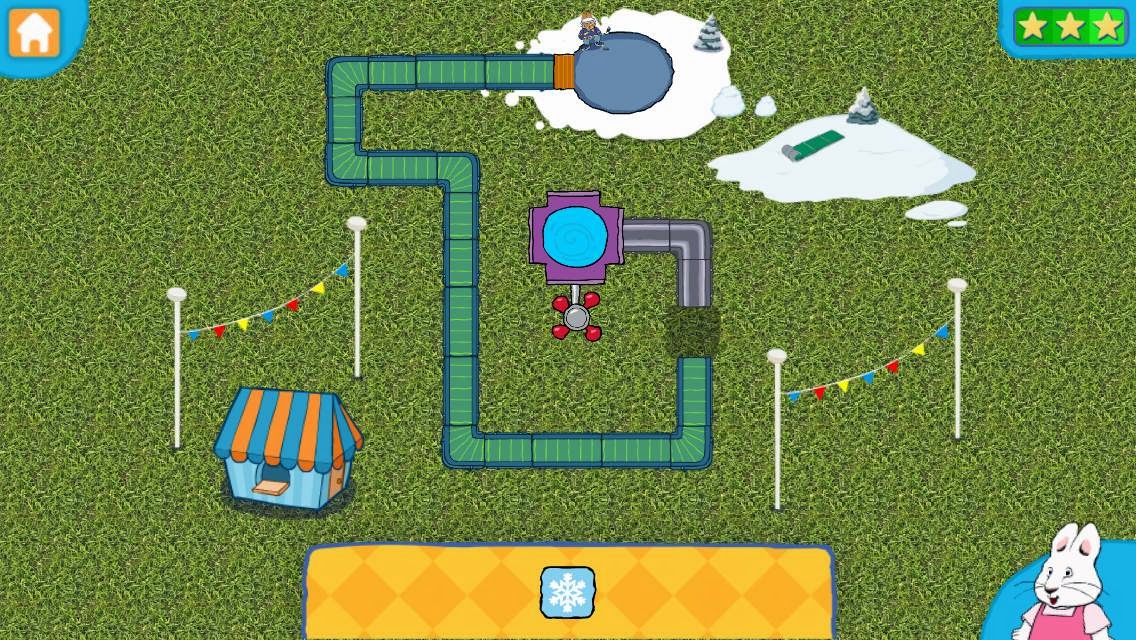 The games themselves are clearly explained by voice-over from Ruby, with an on-screen hand used to demonstrate the gestures needed to complete the puzzles. We found the Water Blast game to be suitable for our five year old son, but the Ball-a-Rama game seemed a little too challenging (although, to be fair, we played it after bathtime and before bed, so he may have been a bit tired). Both games did a good job of illustrating physical science and its applications in real-world problems. Successful completion of three levels earned access to components they could use in the third (non-science) mini-game, called Make Believe, where the children can build scenes with their favourite characters from Max & Ruby.

(Unforutnately, there was no sign of Max & Ruby’s parents, just like in the television show. I cannot be the only parent who finds the distinct lack of any kind of authority figure on that show to be disconcerting, can I? I mean, are Max & Ruby orphans? Are their parents perpetually away on vacation or business? Do we not see their parents because they live a life of crime that is so horrible as to scare child viewers forever? But I digress.) 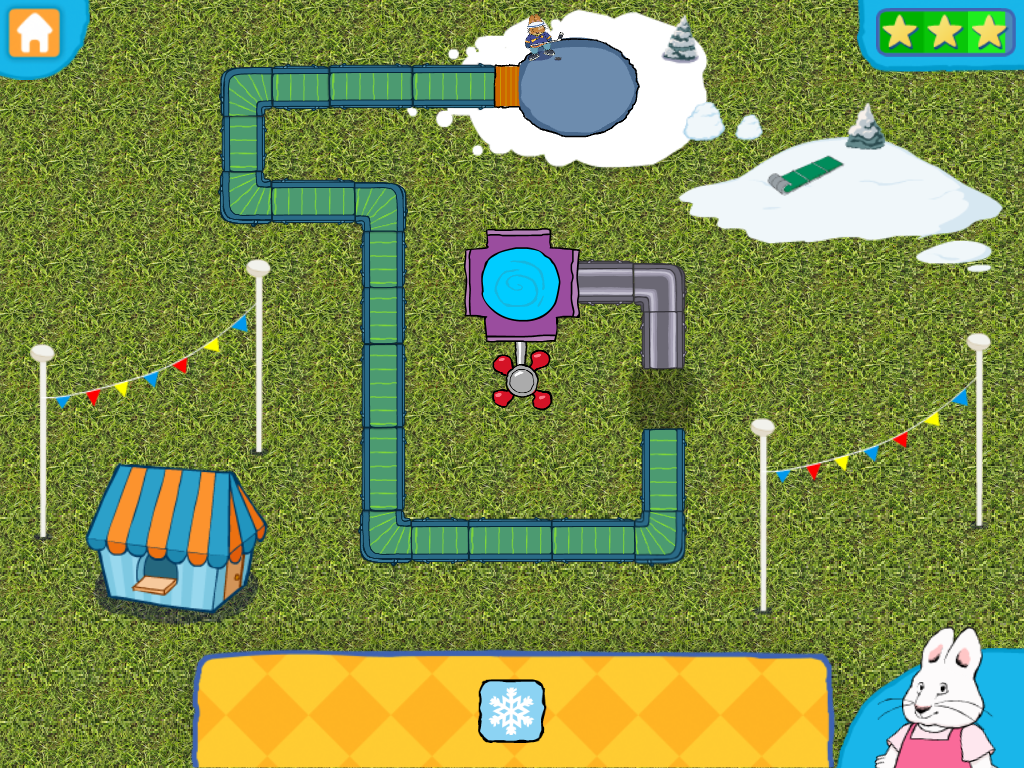 One feature about the game that was excellent was the access to any parent-only features was preceded by a prompt to hold a button for three seconds; it would not stop our eight year old (since she could read and follow the instructions if she so chose) but it did avoid accidental entry by our younger child. The Parent Center itself was also a great idea. Essentially, we could configure the application for up to four children, and their progress would be independent of their siblings (meaning just because child A unlocked level 23, child B still had to earn their own access). Another nice feature was the fact that progress was synchronized across devices (like my iPhone and my wife’s iPad Mini – more on that in a moment). There is a separate app for the Parent Center, but it is not a necessary component of using it within this app.

As to the universal nature of the app, I must admit that when playing it on my iPhone, my son often brought up the iOS 7 Control Center. 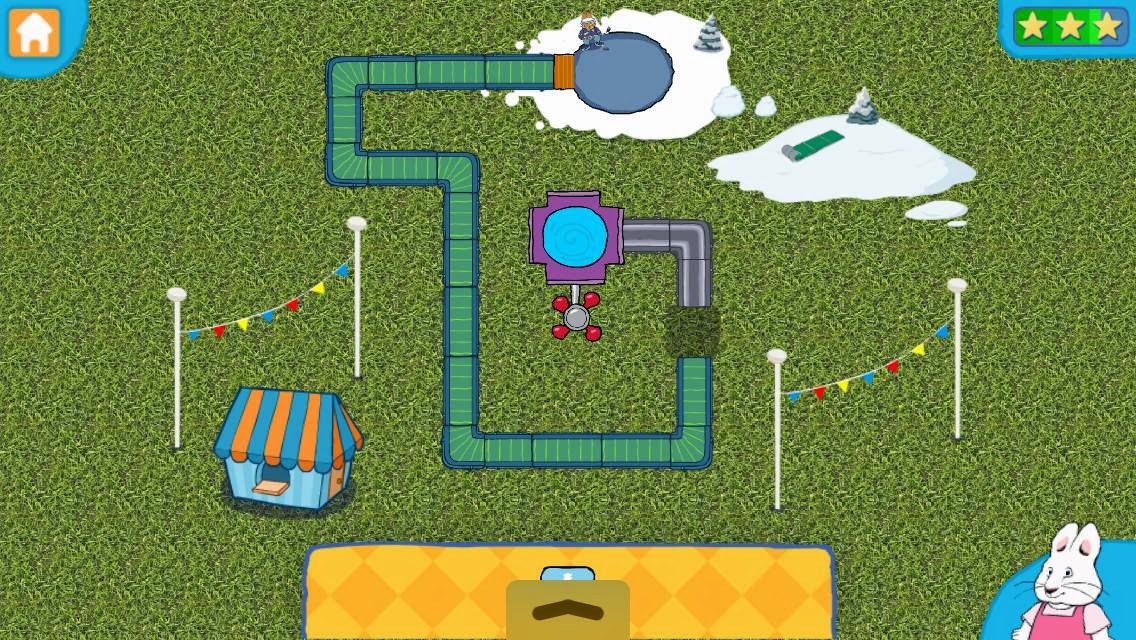 When on the iPad, the Control Center was not as frequently accessed. 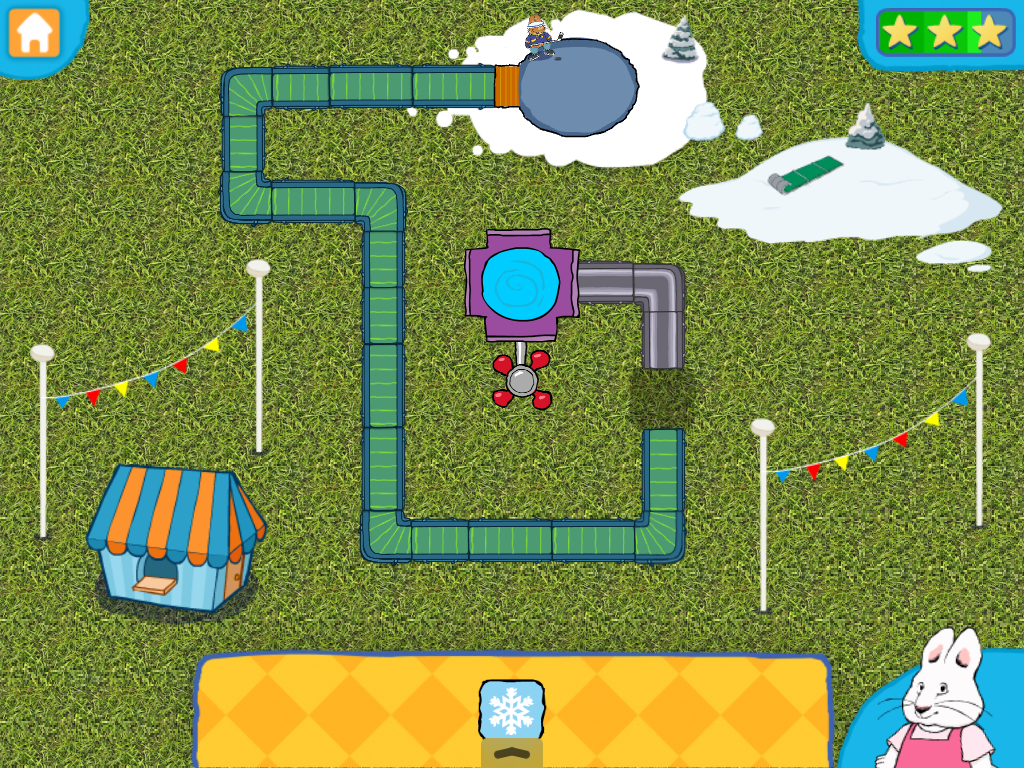 Given our experience, I would suggest that this is an app best enjoyed on the iPad or iPad Mini. That was, however, my only complaint with the app (aside from Ruby’s bossy voice which, frankly, I struggle with regularly whether it’s on the tv or in an app).

Overall, we definitely recommend this app as a great learning tool for physical science (a subject that, in this reviewer’s opinion, comes along far too infrequently – especially when compared against all the literacy, numeracy, and colour apps out there).

Check out the app in action here:

App Information
Get the App here

Compatibility: Requires iOS 4.3 or later. Compatible with iPhone, iPad, and iPod touch. This app is optimized for iPhone 5.

If you don’t see a Disqus comment form at the bottom of the post, please use the button F5 to refresh your page! Email us if you are still having trouble.
Bookmark the permalink.