This review has been written by Alison, a new Mom!

From day one, which was 4 months ago (September 6th to be exact), our daughter HAD to be swaddled in order for her to have a sound sleep. We started with the hospital blanket, moved to the swaddle sacs (basically swaddling done for you with Velcro – less wrestling with technique), then finally graduated to large hand-made flannel blankets when our LO grew out of the others (she’s 16.5 lbs now).

Eventually, she began to break out of the swaddle which disrupted her sleep not to mention ours! One morning at 5am, I was at my wits end – I didn’t want to fight her to stay in her swaddle. We were wrapping her tighter and tighter and stretching the fabric causing it to lose its integrity (a favourite saying of mine according to my husband). While feeding her in the wee morning hours, I started to google ‘how to wean baby from swaddling’. A couple of women were raving about the ‘Zippy’ and so naturally I googled it and found the Zippadee Zip.

I was skeptical but desperate and so I ordered one immediately.

How could this actually help our LO to sleep when it allowed her so much more freedom than her swaddle?

It was worth a try.

It was suggested by the creator of the Zippy to start using it for naps before trying it at bedtime and so we did. 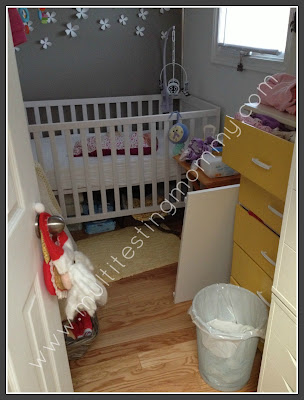 For months now our LO has been put in her Zippy for naps and bedtime and not only do we love the sleep it brings us but she loves it when it’s ‘Zippy Time’ as we call it.

The simple design allows for just enough wiggle room without allowing your LO to be disrupted from sleep when their startle reflex kicks in. There is also a little Velcro tab at the top to keep the zipper from scratching her little chin.

My daughter loves to suck her hands to sooth herself and having her hands covered doesn’t stop her! In fact, the Zippy keeps her little hands warm at night which is great. The Zippy washes really well and I even put it in the dryer without any shrinking effect.

I now have two Zippys which is helpful as when one is in the wash, we don’t have to panic!

Be sure to investigate which size is best for your LO – if the zippy is a bit too long, it can bunch up near the face if your LO sleeps with their hands above their heads like ours. We find that the shorter/smaller Zippy is a much better fit and our LO is in the 97th percentile for height!

I have told many of my new mom friends about this product as it truly is an amazing invention! Great customer service too!

Our Guest Reviewer was provided with promotional materials free of charge, by the manufacturer or a representing PR agency, in the hopes that it would be mentioned on this blog. Opinions expressed belong to Multi-Testing Mommy and are NOT influenced in any way. See MTM’s Disclosure for more details.