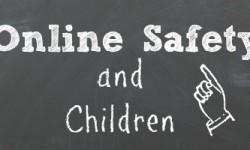 For some parents, the internet can be a scary place when they start to think about what their kids might get up to – or run into – online. The vast majority of people in Canada – nearly 87 per cent – have internet connections at home. Smartphone ownership also surpasses the global average: more than half of Canadians (57 per cent) own a smartphone, while 42 percent of people own smartphones worldwide. In 2014, Facebook Canada reported that 19 million Canadians used Facebook at least once a month, and 14 million were logging in daily. And while Facebook’s terms … Continue reading →

Feel free to follow my blog with Bloglovin. Protecting children when they are online can be a daunting and difficult task. In truth, the safest child is the offline child; however, that is also an unacceptable solution (especially when you consider the fact that you’re reading a post about secure email for children). One of the activities my daughter loves to do is to send emails to her friends and relatives. However, email is also the most common source of unsolicited communication on the internet (hence why many mail services provide spam filtering and the like). We knew we needed … Continue reading →