I got my first touchscreen phone (an iPhone 3GS, for the technologically curious types) in December of 2009. One of the first apps I installed was something called Make Me A Princess based on a recommendation from an iPhone-owning friend with a similarly aged daughter (four years at the time). Soon after, I found some baby-friendly apps, and found myself sharing my precious my iPhone with my children. Ever since then, my children have been touchscreen users; from my iPhone, to my wife’s, to one of the many old hand-me-down devices I’ve acquired, to the tablets.

About a year ago, my daughter started talking about how all her friends (bear in mind she was seven, so this could have been five percent of all children she knows) had their own iPod touch of their very own. For a while, we tried to counter that she had virtually unfettered access to one of the family devices, but (understandably) she maintained it was not the same as having one of her own. After much debate, we ultimately decided to let my parents buy her one this past Christmas.

Now that she had her own iPod, we had to figure out how to protect her from the outside world without limiting her experience on the device. We knew we wanted to limit her use of internet-dependent services to email, iMessage and FaceTime. In addition to this, we were comfortable with her using the camera and apps.

To accomplish this, we went into Settings, then General, then Restrictions and enabled restrictions by setting a numeric code that my wife and I knew but my daughter did not. 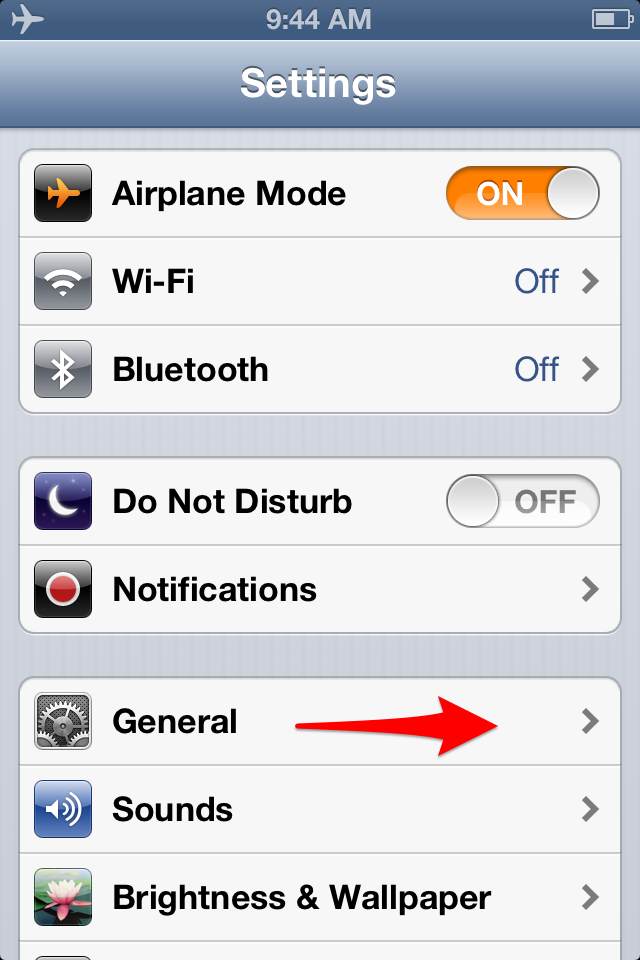 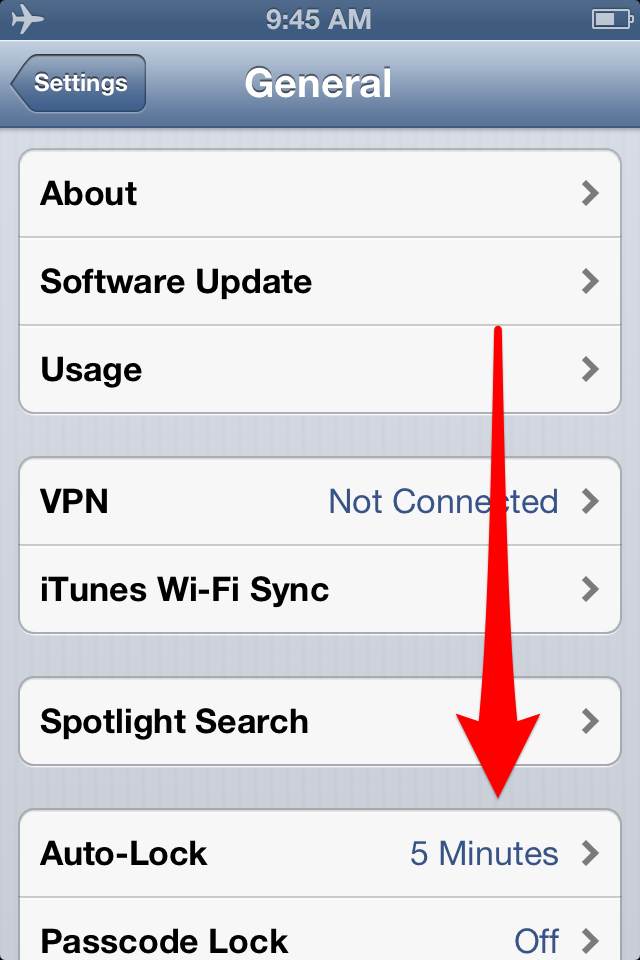 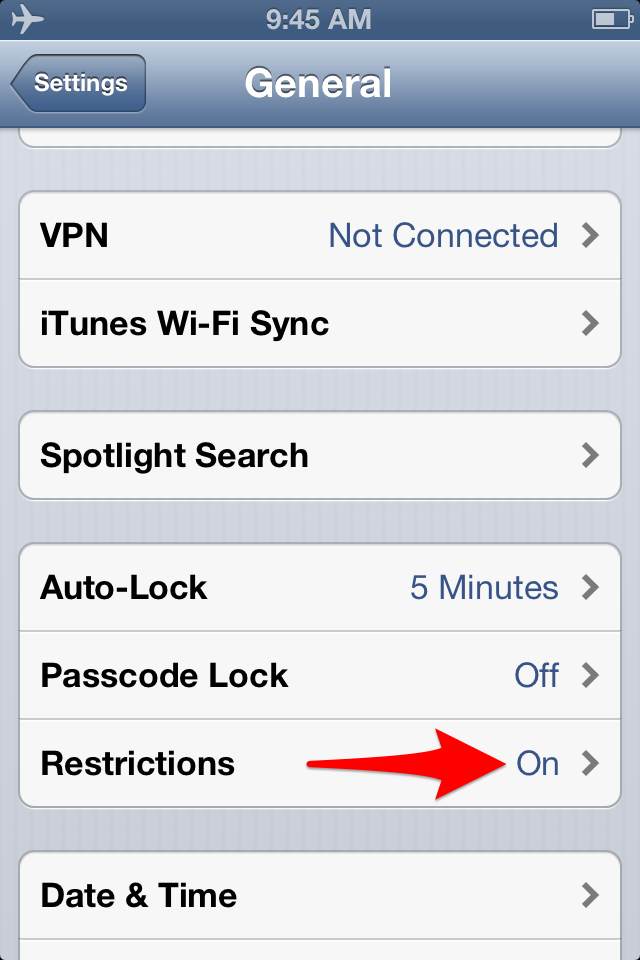 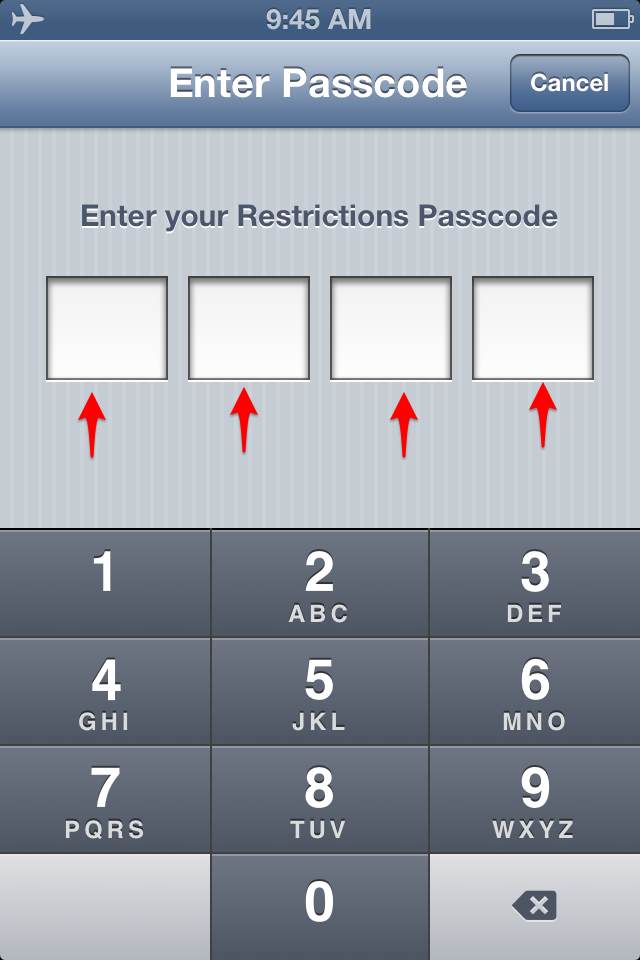 Then, we implemented the following: In addition to these settings, we put restrictions on the content ratings for books, music, and videos, as well as disabling Facebook and Twitter, and Location Services. Finally, we prevented her from changing Accounts, making in-app purchases and using Game Center. (Note that these settings are based on iOS 6.) 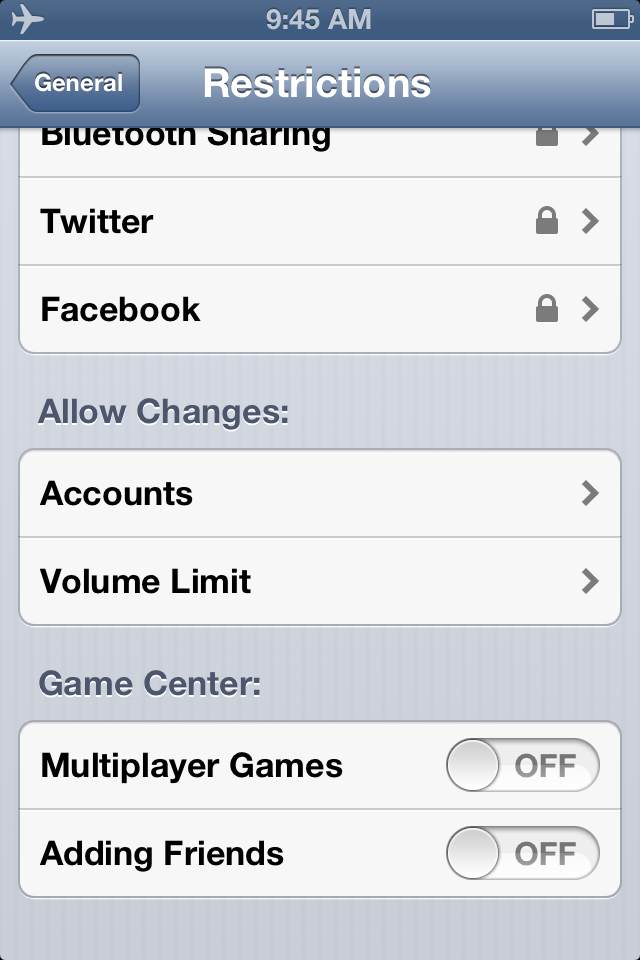 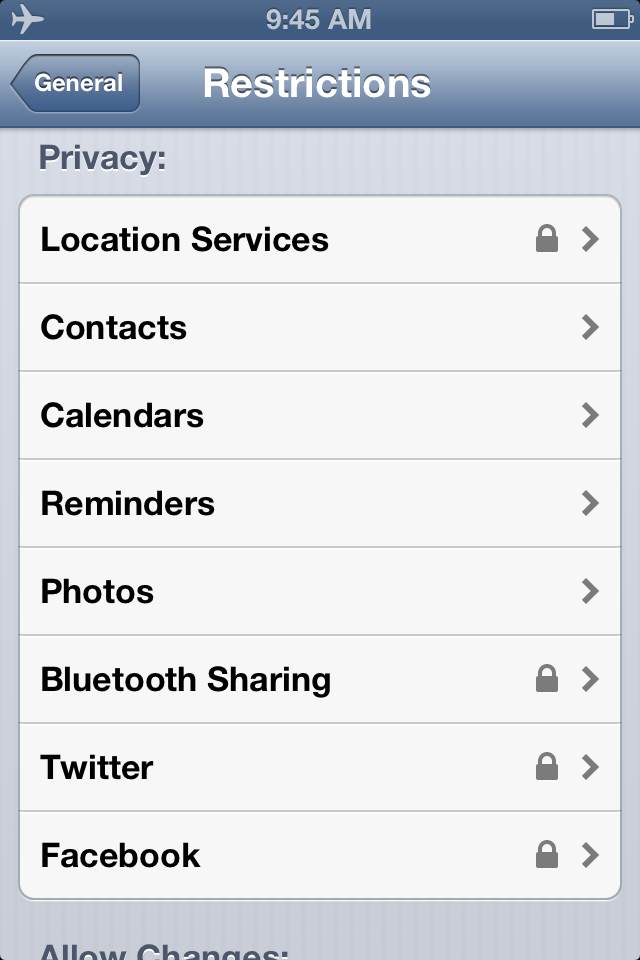 In addition, we taught her about Airplane Mode (all radios – specifically WiFi – are off), and showed her how to turn it on and off. She knows that if the device is not in Airplane Mode, she has to be in the same room as an adult (she also knows that if she is caught with it out of Airplane Mode when not with either parent, she loses the device for a non-specified time duration).

So far, this has worked well, She always asks before she takes it out of Airplane Mode so she can iMessage or FaceTime with a friend, or check for email from her grandparents. She does not know my iTunes password, so she cannot install apps or purchase any content even if she is out of Airplane Mode. In addition, I use Windows Live Mail for her web-based email because it has a white-list protocol that allows me to control what senders make it to her inbox. iMessage spam is not as prevalent if the account is only tied to an email address, and she never answers FaceTime unless we are right there. It is not 100% perfect, but it does what we need it to.

Will this work forever? Of course not. But for now, it accomplishes the task.

What restrictions, if any, do you put on your childrens’ devices?