As a former Kindergarten teacher, I am always on the look out for good quality toys that encourage my children to use their imaginations and creativity! I am also not one for violent toys, so when I see a toy that meet all of these requirements, I jump on the opportunity!

My son loves firefighters and police officers. Like many boys of his age, he wants to be a firefighter OR a police officer (he flips between the two and sometimes says both) when he grows up. Following his interest, I agreed to review the Imaginext Rescue City Centre. My heart is always warm when I see his play focus on helping others rather than some of the other violent options that are out there and are very common amongst boys his age.

Ok, not only did I agree, but I was also very excited, as was my son. You should have seen his face light up when I presented the box to him. 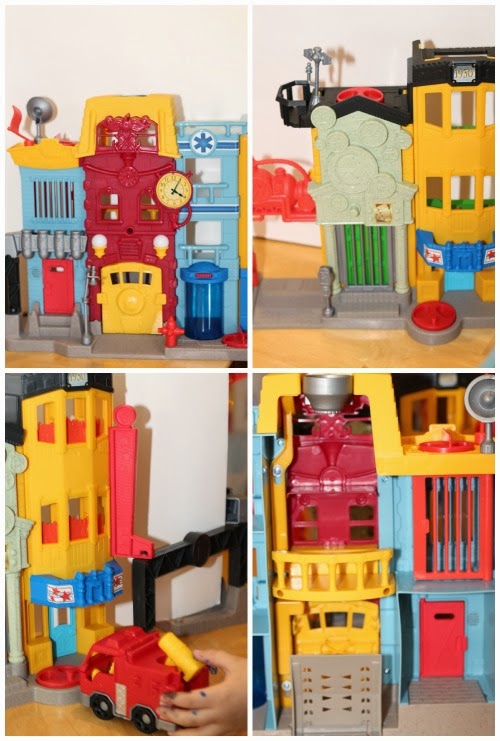 I am impresed with the size of this toy. For the price of $59.99 (ARV), it is a large size and comes with so many fun options that allow a young child to use their imagination and creativity during play.

While this toy does require batteries, something that I don’t love, it also has many other features that are just as fun that you simply activate with your hands. 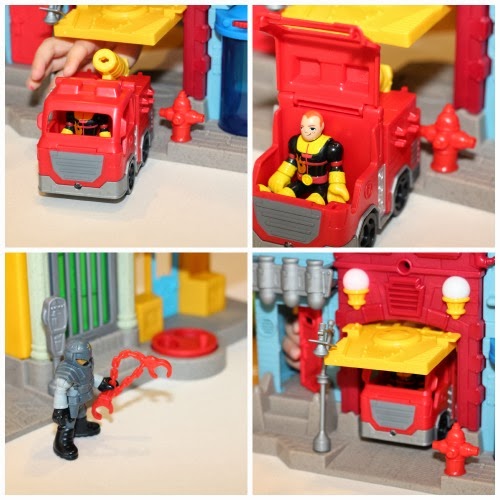 Here is a webisode for you to check out on the theme of adventure and Imaginext:

CONTEST ALERT!
Do your kids watch YTV? If they do, they may have spotted this contest already…
Visit www.imaginextadventure.com to play an online game and unlock the next phase of the game by solving clues. The adventure will take approximately 20 minutes to complete.
Once the 9 clues are solved and the game is won you will be entered to win 1 of 5 $300 Imaginext prize packs.
Each prize pack will include:
Imaginext Rescue City Centre
Imaginext Mega Apatasaurus
Imaginext Eagle Talon Castle
Imaginext Batcave

Disclosure: I am part of the Fisher-Price Imaginext Blogger Campaign with Mom Central Canada and I receive special perks as part of my affiliation with this group. The opinions on this blog are my own.

One Response to My Son LOVES Playing #ImaginextAdventures