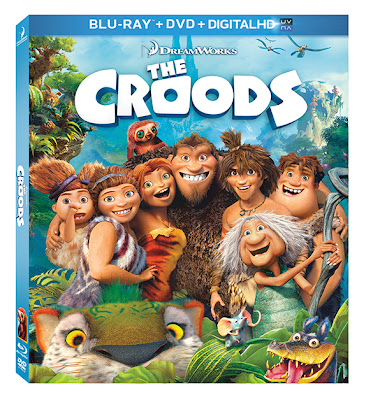 Did you get to see THE CROODS in the theatre?

Even if you didn’t, I think you will find the following entertaining…
and if you have NO clue what any of this means, scroll down to enter the giveaway and maybe you will be lucky enough to win the Prize Pack and see the movie… 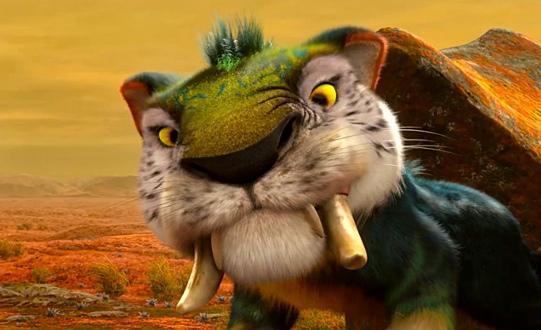 If you’re a cat person like Grug, the macawnivore would be the perfect pet for you! This 15-foot creature is a speedy hunter that has no known predators from the whole croodaceous era. The macawnivore’s colorful feather body and large saber teeth make it a beautiful sight to see in nature. 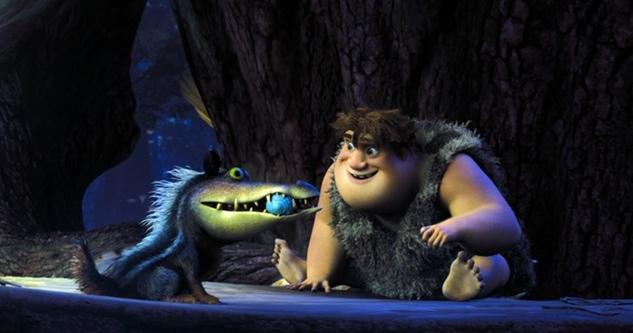 Thunk’s favorite animal pal, the crocopup, is a playful reptomammal. Crocopups use their large eyes, sharp teeth, and strong jaws to hunt for food. Although the crocopup is about 200 to 300 pounds with short powerful legs and a strong bite, they still have to be careful of their main predator, the bear owl. 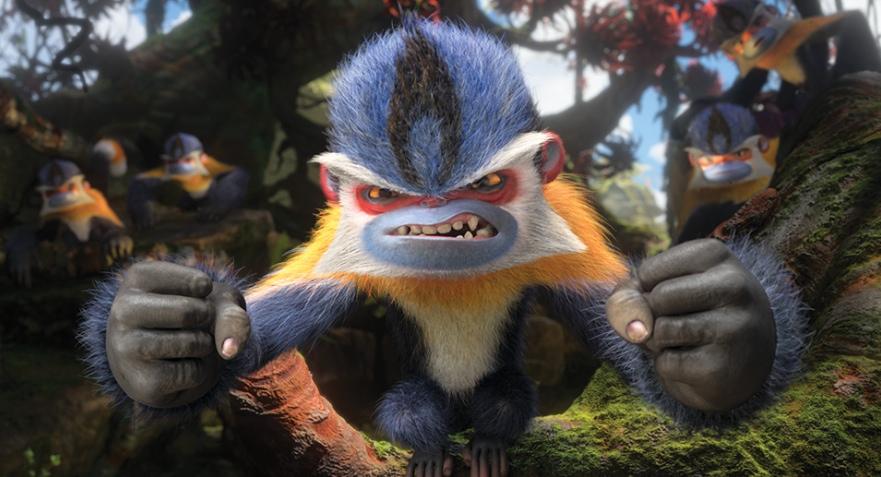 The punch monkey’s large fists are used for their favorite activity: fighting! Punch Monkeys use their tails as a third hand, and are willing to fight anyone who intrudes on their territory. But, if you offer them any sweet fruit such as a banana, you will be safe from their powerful punch. 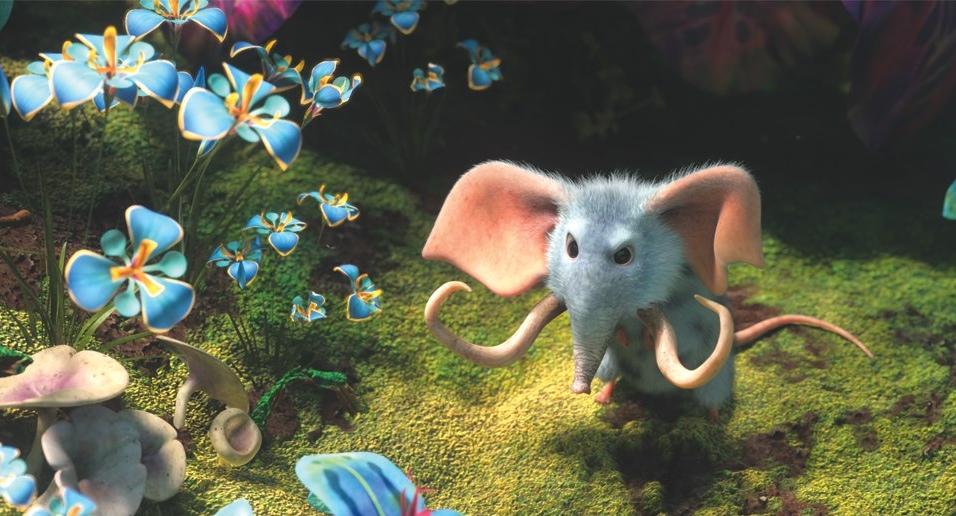 The tiny blue mousephant is only 4 to 5 inches in length and is often preyed upon by other larger croodaceous creatures. For this reason, the mousephant uses it’s large ears to hear long distances and tiny trunk to make loud, intimidating trumpet noises. This furry blue animal snacks on a wide array of plants and, as seen in the film, often travels in packs. 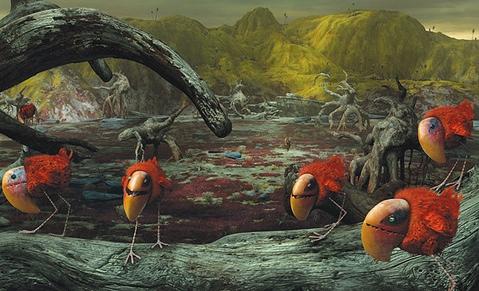 The piranhakeet is the most frightening creature in the croodaceous environment. Each night, the piranhakeets fly from their underground hiding place in a giant red swarm to find their next source of food. These vicious birds leave nothing behind but the skeleton. However, their fear of light makes them easy to defeat.

ENTER THE GIVEAWAY NOW!
To enter to win The Croods Blu-ray/DVD and plushed toy, enter our The Croods Giveaway now!
Giveaway ends October 7, 2013.